Let it be known that a momentous event has happened in America.  The Lord has ushered in Donald Trump as our next president.  It was a close race for the presidency, but the Lord shifted it toward Trump near the end.  So I want to encourage you that the Lord’s hand was in this election.

In Daniel chapter two verse twenty-one it states that the Lord removes and sets up kings. “And He changes the times and the seasons: He removes kings, and sets up kings: He gives wisdom unto the wise, and knowledge to them who know understanding.” (Daniel 2:21 KJV).  Now you may be saying, “The position of President isn’t a title of King.”  And you are right, but the word of God also says, “Let every soul be subject unto the higher powers.  For the powers that be are ordained of God.” (Romans 13:1 KJV).  Government institution has been brought together by God for God.  “That they shall drive you from men, and your dwelling shall be with the beasts of the field, and they shall make you to eat grass as oxen, and they shall wet you with the dew of heaven, and seven times shall pass over you, till you know that The Most High rules in the kingdom of men, and gives it to whomsoever He will.” (Daniel 4:25 KJV).  Now this scripture was an interpretation by Daniel of King Nebuchadnezzar’s dream.  King Nebuchadnezzar went mad as it was told in the scriptures;  He ate grass and was driven away from man.  If the Lord humbles a king to spread the Lord’s name across the earth would he not do so in this age?

God is not asleep.  There are miracles happening, healings occurring, and many are saved on a daily basis in this country.  As children of God we have to keep a heavenly focus and trust in the Lord. 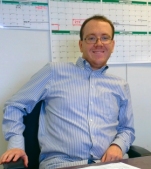